Here you can find my errant thoughts and words. For now–that is, until I discover a new turn of phrase that I find more melodious and absurd–the title of my personal blog is ‘Sprockets and Springes.’ The first word is fairly straightforward: ‘sprocket’ is originally ‘a triangular piece of timber used in framing’ in the 16th century, but by the 18th is ‘a projection (either forked or simple) from the rim of a wheel, engaging with the links of a chain’ (Oxford English Dictionary, n1 and 2a). I’m not quite sure what the link between the two uses of the word is, though both involve a useful spur of wood or steel. One might think of the brain and its wrinkles: add wrinkles to the brain and you gain more memory and cognitive power; add spurs to a wheel and you get a working sprocket. A productive tangent, if you will. Sprockets are a fairly widespread motif of steampunk fiction and art, and I’ve been using the screen name ‘Sprocket’ in some form or fashion since I was in high school.

Incidentally, Sprocket is also the name of the dog from Fraggle Rock, a show so ingrained into my memories of childhood that I’m too terrified to rewatch it. It works better as a cog of nostalgia, I’m quite sure. 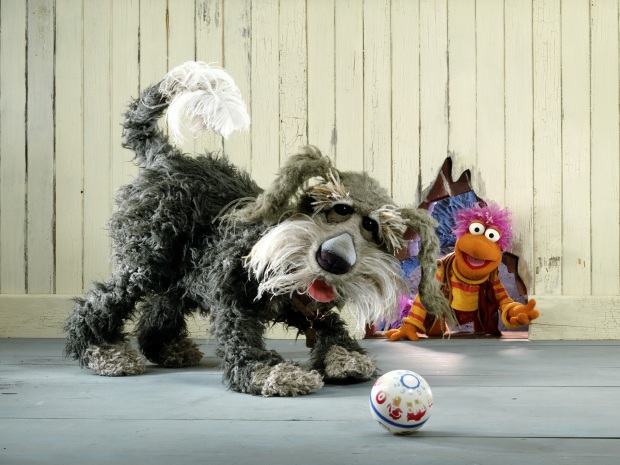 Besides the bit about a dog, none of the above is particularly Shakespearean. ‘Springes,’ however, despite only appearing three times in Shakespeare’s plays, act for me as an emblem of productive textual confusion. A springe is ‘a snare for catching small game, esp. birds’ (OED). The word appears twice in Hamlet and once in The Winter’s Tale. Hearing of Hamlet’s love letters to his daughter Ophelia, Polonius calls them ‘springes to catch woodcocks’ (1.3.124). Having been poisoned by his own envenomed rapier, Laertes says, ‘Why as a woodcock to mine own springe, Osric. / I am justly killed with mine own treachery’ (5.2.336-7). And the inimical Autolycus, preparing to fleece the Shepherd’s Son for his purse, says, ‘If the springe hold, the cock’s mine,’ falling to the ground and pretending to have just been assaulted by the footman ‘Autolycus’ (WT 4.3.35).

So ‘springe’ is an archaic word for a trap or noose. The word itself, however, is for me emblematic of traps for readers throughout Shakespeare. It is the type of word that is changed or omitted in performance because it won’t be recognized by contemporary audiences. It is pronounced deceivingly: a Shakespearean newcomer might read the word as ‘spring’ with a quaint added ‘e’ (as in the ubiquitous advertisement, ‘Ye Olde Shoppe’ or ‘Ye Olde Inne’). ‘Springe’ should rhyme not with ‘thing’ but with ‘fringe.’ So, by glossing over the word or misreading it, that newcomer can miss an encounter with Shakespeare’s language and thought, with the deployment of a parable about animals and cunning traps.

Part of the job of Shakespearean criticism and teaching is disabling such word traps, making them visible and revealing their operations to readers. At times these traps are minute words and details. At other times they are early modern modes of living and perceiving the world both foreign and valuable to our own cultural moment. It’s that work that I want to do in this online space, as in my writing and in my classroom: pointing out the sprockets and springes, the minute workings of Shakespeare’s plays that make them work.