Just in case you’re looking for an Interim class to take at UA, check this out:

“YouTube Shakespeare” (EN 408) is a study of adaptation and appropriation of Shakespeare, in which you will address a play text, The Tempest, three film versions—*Forbidden Planet*, *Prospero’s Books*, and *The Tempest* (Taymor 2010)—and multiple You Tube versions of the play. In support of the text, the films, and the videos, we will read theory and criticism on adaptation and appropriation, beginning with a consideration of Susan Orlean’s *The Orchid Thief* (1998) and the film into which it was made, Spike Jonze’s *Adaptation* (2002), which was based on Charlie Kaufman’s screenplay. Your work for the interim term will be to create a video adaptation of *The Tempest* of at least five minutes’ length.  You will work in teams, and be responsible, if necessary, for appearing in your classmates’ videos.  You will spend a good deal of time in the Gorgas multi-media center.

EN 408 has prerequisites.  If you wish to take this course and have not fulfilled the prerequisites, please contact either Professor O’Dair (sodair@bama.ua.edu) or the Director of Undergraduate Studies, Professor John Burke (jburke@english.as.ua.edu).  We may be able to help you enroll!

If you missed last Thursday’s staged reading of Lysistrata, fear not!  Here’s the mp3:

Sadly, you can’t hear just how many tube socks were stuffed into Kinesias’ pants…

Adapted and Directed by Steve Burch 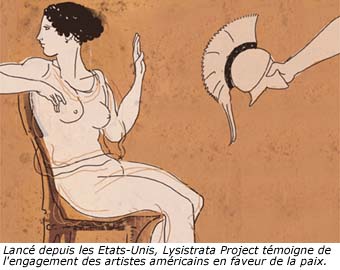